Few weeks ago, the company has revealed the list of supported phones for Windows 10 Technical Preview and mentioned about the free upgrade to Windows 10 for qualified new or existing Windows 7, Windows 8.1 and Windows Phone 8.1 devices that upgrade in the first year. 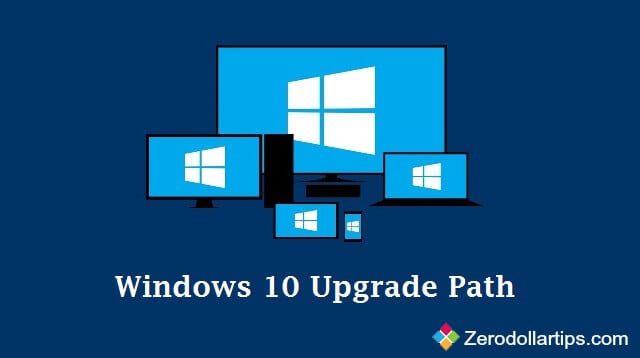 In the recent announcement of Microsoft, they declared two important and interesting informations: First, supported versions of Windows that can be upgraded to Windows 10. Second, Microsoft will allow Windows pirates to upgrade to Windows 10.

This is really a great news for all Windows users that each and every versions of Windows can be upgraded to Windows 10 except to Windows XP and Windows Phone 7.X.

The company has released Windows 10 upgrade path (upgrade matrix) that indicates the upgrading path for every versions of Windows is different. Have a look at the upgrade matrix:

According to the Upgrade Matrix of Windows 10:

Another announcement of Microsoft about allowing Windows pirates to upgrade to Windows 10 seems quite interesting news but confusing too. The company mentioned that even a pirated copy of Windows is entitled to get a free upgrade. During the discussion with The Verge, Microsoft stated:

The people with pirated copies of Windows will still be considered to have unofficial copies after the update. If they want to go official, they can — they’ll just have to get it through the Windows Store. “We will provide a mechanism for non-genuine Windows 10 PC devices to ‘get genuine’ via the new Windows Store, whether they are upgraded versions of Windows or purchased.

Let’s see what happens, because the wait is about to over and Windows 10 is ready to be launch at the end of summer 2015. Stay connected with us to get more awesome tips and tricks, step by step tutorials related to Windows 10.

Windows 10 related articles for you: