Do you want to know what is the difference between Static RAM and Dynamic RAM? And why SRAM is faster than DRAM?  Here’s the SRAM vs DRAM comparison.

RAM or random access memory is a type of memory used in your computer system which is highly volatile and requires constant power to retain the data stores in it. There are two kinds of RAM namely, Static RAM and Dynamic RAM.

And if you want to know the difference between Static RAM and Dynamic RAM or need a very clear comparison between SRAM vs DRAM then this is the perfect guide for you.

In today’s guide, we will explain to you what is Static RAM and what is Dynamic RAM? And what are the actual differences between these two RAMs? So without any further ado, let’s jump in and learn right away. 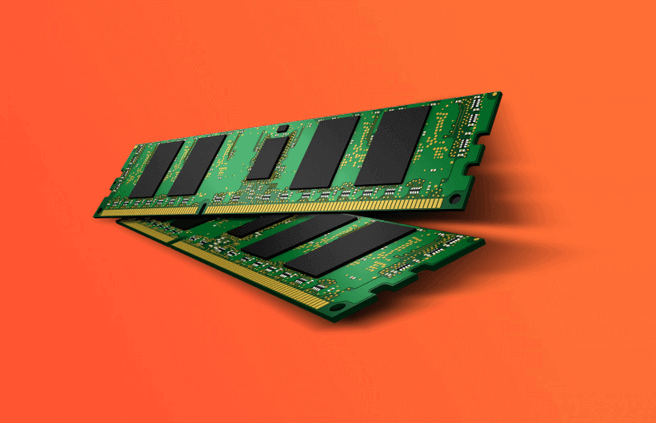 Do you know? How to Fix Your computer is low on memory Error in Windows 10

What is Static RAM (SRAM)?

Static Random Access Memory (SRAM) is a type of RAM that holds data in a static form. In simple words, it retains data bits in its memory as long as power is being supplied. SRAM uses CMOS technology which requires 6 to 8 transistors to function correctly. It is faster than DRAM and consumers a lower amount of power than DRAM.

The data can safely be stores to Static RAM as long as the power supplied to it is constant. The memory can’t be refreshed when a program is running. SRAM is used to create speed-sensitive cache which requires very little time to access the stored data.

The capacity of the Static random access memory is quite low and it’s relatively more expensive. The data stored on SRAM is stored in Flip Flop manner which doesn’t require constant refreshing and data can be accessed by the computer as and when required making SRAM more efficient.

What is Dynamic RAM (DRAM)?

Dynamic Random Access Memory (DRAM) is a type of semiconductor memory that can retain its contents only for a very brief period (in milliseconds) and must, therefore, be continually refreshed by reading its contents at short intervals. It is typically used for the data or program code needed by a computer processor to function.

The capacitors leak the data continually when constant power is supplied thus changing the state of the capacitor from charged to discharged i.e 1 to 0  to ensure that the data stored on it stays put. Data is leaked even when there is a constant supply of power and hence the data stored can be read and rewritten easily. The DRAM is typically less expensive and also available in higher capacities.

What is the Difference Between Static RAM and Dynamic RAM?

Static RAM is generally used to create the speed-sensitive cache on a CPU or in a Server where the speed of data access is highly crucial. Similarly, Dynamic RAM is used as a system random access memory in much larger capacities to help save on cost.

These are some of the key differences between SRAM and DRAM. Now let’s move ahead and find out why Static RAM is faster than Dynamic RAM.

Why SRAM is Faster than DRAM?

Our short little guide here should help you clarify the basic concepts of these two random access memory and if you need any more help then feel free to ask for it using the comment section below and we will try our level best to help you.