Decorating computer screen with attractive themes and awesome wallpapers isn’t a new thing, and according to the development of technology it goes increased.

For Windows Vista Ultimate edition, Microsoft has released a useful feature called “Windows DreamScene” to set a video clip as desktop background but the feature is not officially available for Windows 7 operating system and other versions of Windows. But it sounds good that you can use the DreamScene feature in Windows 7 with the help of third-party utilities.

Since, the DreamScene feature is compatible with only .MPG and .WMV formats. So, you will have to convert GIF file to DreamScene compatible WMV file or MPG and then you will be able to set an animated GIF as desktop background in Windows 7 computers. Here’s the step by step guide:

Step (2): Open the extracted Windows 7 DreamScene Activator file and change (rename) the file extension of “Dream Scene Activator.chn” from .chn to .exe as shown in below screenshot. 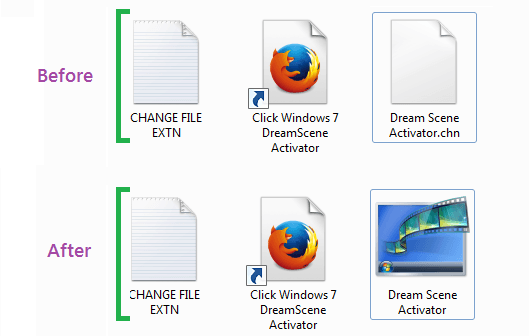 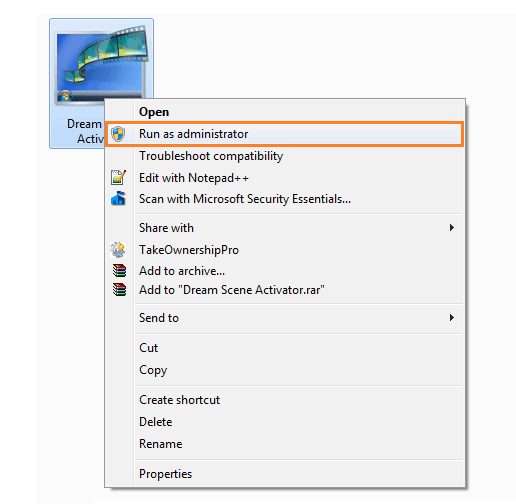 Step (6): Now, download the GIF file (animated gif) which you want to set as desktop background on your Windows 7 PC.

Step (7): Next, visit to the Online WMV video converter website. Here, browse and upload the GIF file then convert it to WMV format. After the conversion, download the WMV file on your PC. 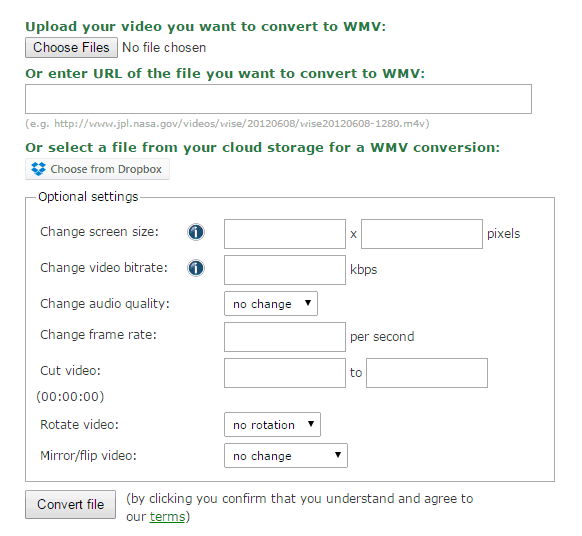 Important note: there is no need to enter anything under Optional settings section during the conversion.

Step (8): Now, right-click on the downloaded WMV file and select Set as background option to use animated gif (after conversion that is in WMV format) as your desktop background on Windows 7 computer. 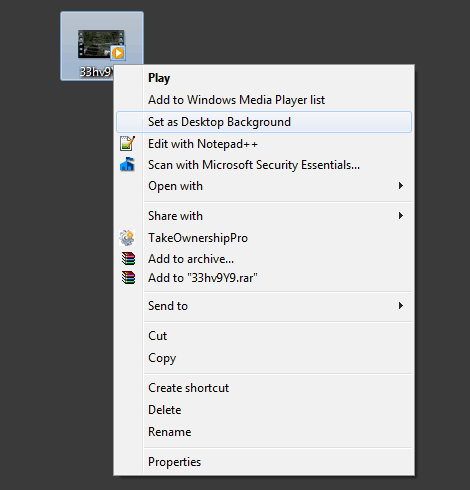 The interesting thing about this tool is, you can pause it by making a right-click and selecting the option of “Pause DreamScene“. Thus, you can imagine about the usefulness of DreamScene Activator software.

Thus, you can see how simple is to make a gif your desktop background in Windows 7 computer. Feel free to ask or share your view with us through comments. Your comments will help us to come up with more interesting computer tricks, and Windows help tutorials.