With the plethora of phones coming into the market every other day, each trying to defeat the other, Samsung seems to have realized what it needs to do to save its head.

With the release of the Galaxy On7 and its counterpart, the Galaxy On5, Samsung seems all set to keep its position firm in the market. The phones are equipped with present-day specs and features and are mostly targeted to the youth generation.

So do these devices have it in them to emerge victorious amongst all the other swarming competitors who have been releasing budget phones one after the other? Let’s find out: 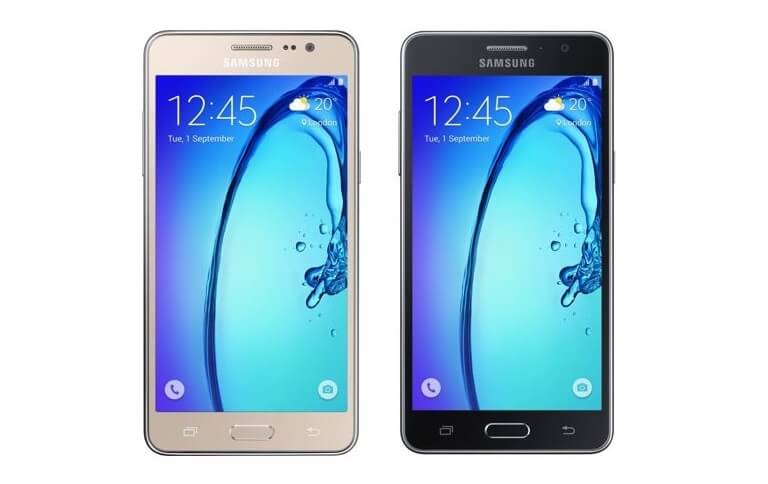 The Samsung Galaxy On7 and On5 have very familiar looks. Both the devices have a faux leather-like back and is surrounded by a metal frame to protect it against unwanted scratches. Both the smartphones have a removable back cover that will enable you to take off the battery unlike most other smartphones these days that come with non-removable batteries. The On5 measures 8.5mm whereas the On7 measures 8.2mm. The devices come in three attractive colors, namely- black, gold and white.

The On7 is the larger model and flashes a 5.5-inch HD display that results in a pixel density of 267ppi. The On5, flashing a 5-inch HD display comes with a higher pixel density of 288ppi. The 720p HD screen is simply gorgeous, with vibrant colors, and incredible contrast. The operating system of both these Samsung devices is Android Lollipop 5.1.1 and is further customized by Samsung’s TouchWiz UI. Although the TouchWiz does not have much customization, it is quite smooth.

The Samsung Galaxy On7 comes with Qualcomm’s 1.2GHz quad-core Snapdragon 410 processor which teams up with an Adreno 306 GPU and 1.5GB RAM. The Samsung Galaxy On5 is powered by an Exynos 3475 quad-core 1.3GHz Cortex-A7 processor, which is backed by Mali-T720 graphics and also 1.5GB of RAM. The On7 can handle high definition games with ease and has a very smooth interface. The On5 however, struggles to play high definition games without lag. It can take care of light applications and games quite smoothly.

Clearly, the On7 is the performance stealer here. On the storage front, both the devices are similarly equipped with 8GB of internal memory only and leave very less free space after the first boot. Though, it can be expanded up to 128GB with the help of external cards. But, another major problem with these devices is that they do not allow the installation of any app directly to the expandable memory card. So in case you like to install too many non-movable applications, these phones might not be for you.

The Samsung Galaxy On7 comes with a rear camera of 13MP as opposed to the 8MP of the On5. Both the devices have front cameras of 5MP. Both the devices perform really well under well-lit conditions and manages to capture some phenomenal shots as compared to the phones bragging of large resolution cameras. The color reproduction is impressive and the pictures come out with enough brightness.

Low light photographs are not that great, but it kind of makes up for it, when shot with an LED flash. The front cameras can also easily recognize palm gestures to click selfies and is capable of clicking 120-degree wide ‘groupfies’. Users can also quick-launch the camera app with a double-tap to capture precious moments instantly. Both the phones are capable of shooting FHD videos at 30fps.

The Galaxy J7 derives its strength from a removable battery of 3,000mAh while a 2,600mAh battery powers the On5. Both the batteries enable continuous heavy usage to up to 6-7 hours, which is pretty commendable considering other Samsung phones. Connectivity-wise we can say that both the phones are similar and comes with options like dual-SIM connectivity, Bluetooth, GPRS, 3G, 4G, USB ports, GPS, OTG support etc.

Both the Samsung phones, namely the Galaxy On7 and Galaxy On5 are quite similar. But keeping in mind that the Galaxy On7 is priced higher than the On5, it has got some added perks, which is fair enough.

If you are a light gamer and like your phone to fit perfectly in your palm, then opt for the Galaxy On5. For those of you, who like bigger phones, the Samsung Galaxy On7 is just a few clicks away.