Because they know very well that now no needs to apply any special tips and tricks or mod to get it. Google Now Launcher is now officially available for all the android devices whether it’s Samsung, LG, Motorola, Sony or any other Android smartphone which is running on Android 4.1+ devices. 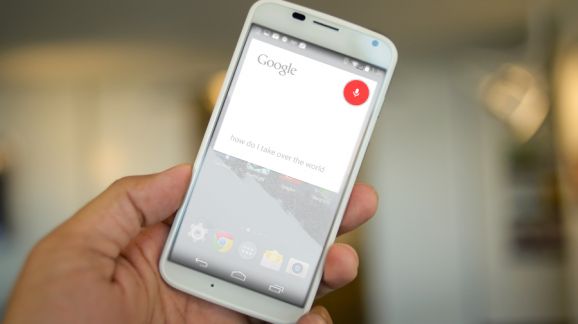 The announcement about the new updated app has released by company on their Android twitter account. You can see the below screenshot or can check out the live tweets from here. 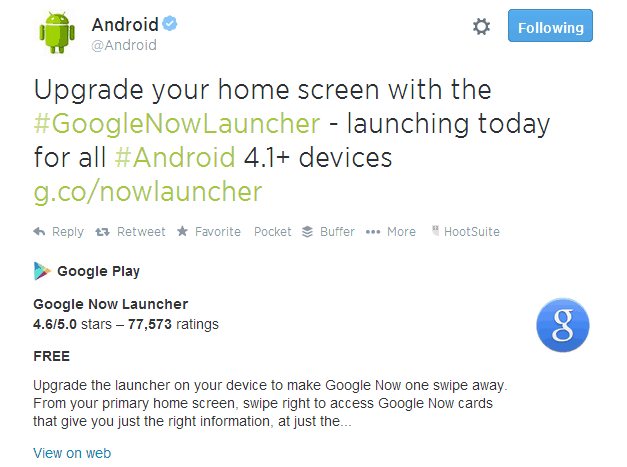 Basically, the Google Now launcher is designed to run on Android 4.4 devices, but if you have smartphone which is running on Android (Jelly Bean) or later, then you can also use this launcher without any major problems.

The new updated Google now launcher will work smoothly on most of the android devices such as: HTC One M8, HTC One (E8), One Mini 2, Desire 816, Huawei Ascend P7, LG G3, Samsung Galaxy S5, Motorola Moto X, Xiaomi Mi3 and on several other android smartphones too. We have tested the Google Now launcher application on our Samsung Galaxy S3, Galaxy S4, and Xiaomi Mi3 android smartphone and it works impressively without any difficulty.

To install Google now launcher on your android device, go to Google play store and make a search for the “Google Now Launcher” app or you can go there by following this link (Get from here: Google Now Launcher).

You are done! Now enjoy the exclusive features of Google now launcher according to your wish. Feel free to share your comments if you face any type of problem.