Well, there are times when we like to share or save some specific activity running on our laptop screen, computer screen with our friends or family members as it is simply interesting.

For the example: Let’s say, you were playing a game on your laptop and were able to make a high score which you want to show off to your friend who is not with you. At this point, you can simply take a screenshot of your computer screen and mail it your friend. 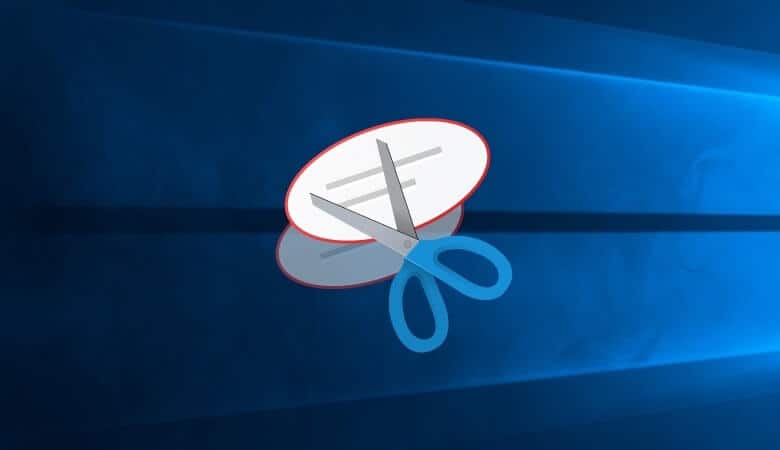 As most of the computers and laptops are running on Windows 10 OS, so we are going to share several methods which will help you in taking Windows 10 screenshot and print screen on PC. Some methods need using a tool while some simply don’t.

We are sure that you will agree with this, using print screen keyboard shortcut (PrtScn) is one of the easiest methods to follow and it’s is available in almost all the Windows operating systems.

First of all, you have to open the screen which you want to capture. Once you have opened the screen, press the PrtScn key which is short for Print Screen. As soon as you will click this key, your current screen will get captured and will be saved on the clipboard. 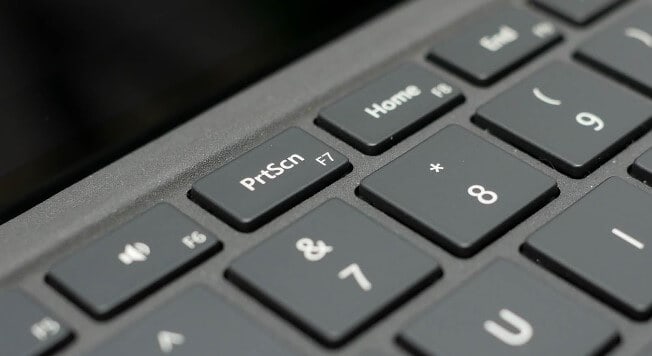 You need to remember that the screenshot you took won’t be saved in your hard disk automatically. In order to save the captured screenshot on Windows 10 computer, open Microsoft Paint and paste it by pressing Ctrl + V keys. Once you have copied the screenshot on Paint, click on Save As option which will save the screenshot. 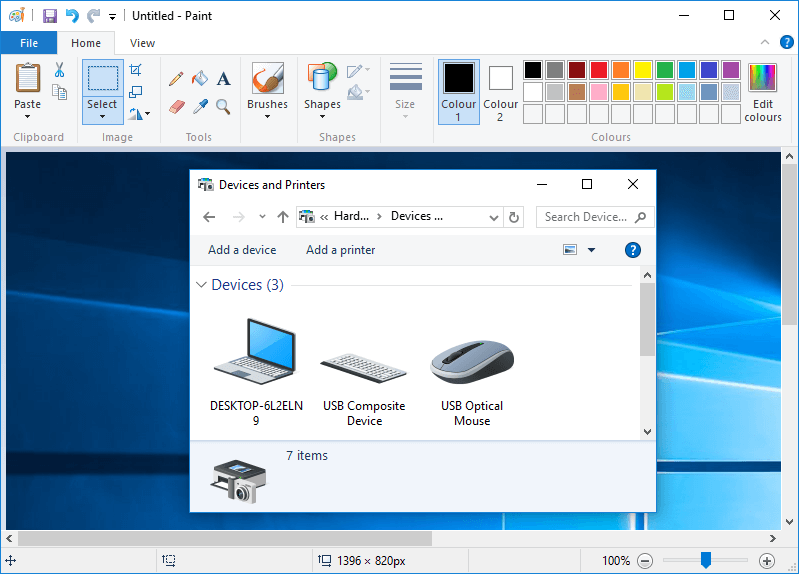 That’s it! We hope you learned the simplest way to take Windows 10 screenshot and print screen on PC.

The previous method (Print screen keyboard shortcut – PrtScn) helped you in taking screenshot on Windows 10 computer but in order to save the captured screenshot, you had to use Microsoft Paint which might be a little bit lengthy process for you. Is it right?

Well, if you are lazy or just want to save your time and wondering how to take screenshot on Windows 10 without doing much work then you can use the combination of Windows + PrtScn keys. 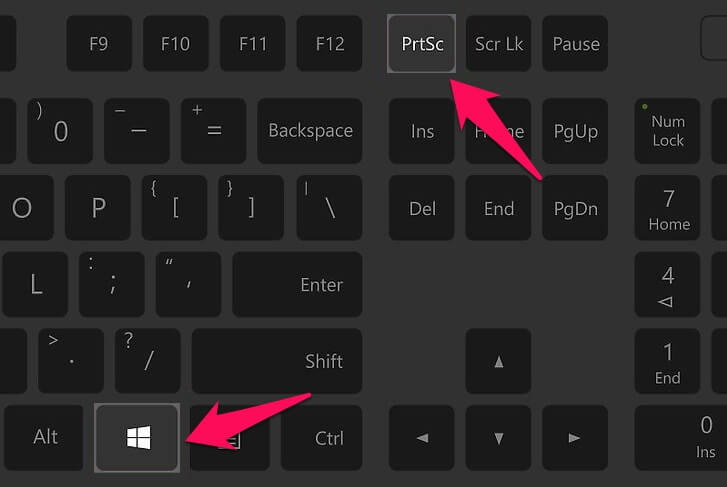 Just after pressing the Windows + PrtScn key combinations, your current Windows screen will be captured and saved automatically in the Pictures library in a folder named Screenshots. 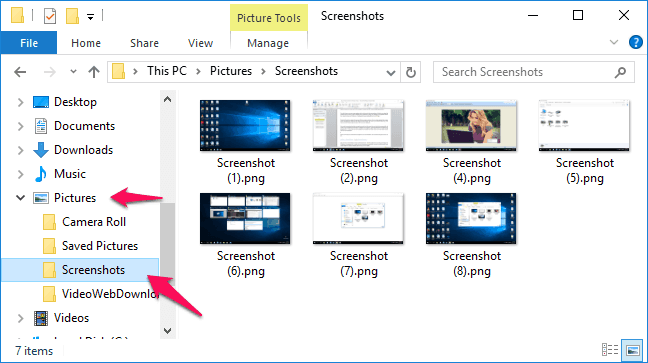 Now, only you have to go to Pictures and then open Screenshots folder to see all your captured Windows 10 screenshots.

Do you know? How to Print a Large Image on Multiple Pages in Windows

Simply, open the window which you want to capture and then press Alt + PrtScn keys together. Now you can open Microsoft Paint or any other photo editing software which you are using on your computer and save the photo by pasting it inside that software. This method is almost similar to the first method which we shared above. You can try if you want. 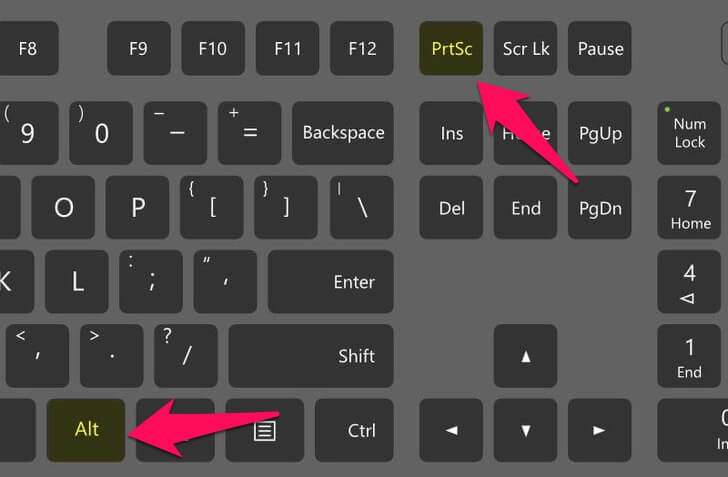 The Snipping Tool has been a part of the Microsoft Windows operating systems for a long time (Windows Vista to Windows 8.1). And now Windows 10 also comes with this pre-installed screenshot capturing tool called Snipping Tool.

Here’s how to take a screenshot on Windows 10 using Snipping Tool:

At first, type snipping tool in the search box and then select Snipping Tool desktop app from the search results. In case, if you are unable to open the Snipping Tool using search keyword you can open C:\Windowws\System32 folder as here you will find this tool. 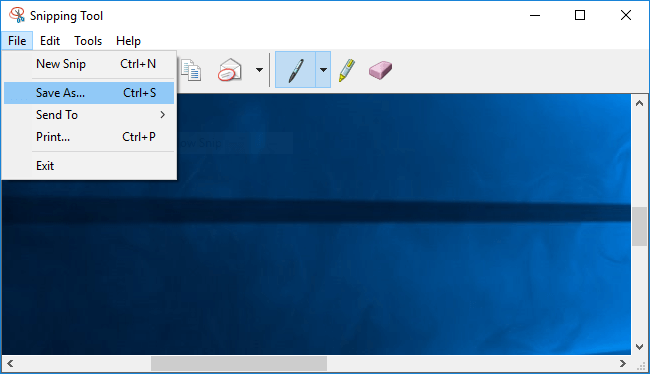 There is also an option to send the screenshots directly to your friends by select Send Snip option. You will get two options which are E-mail Recipient (attachment) and E-mail Recipient.

Addition to all these amazing screenshot capturing feature, Windows 10 Snipping Tool has a new “Delay” option which allows you to capture screenshots after specific duration (from 1 to 5 seconds).

So, this is how to screenshot on a laptop or computers running Windows 10 operating system. Use Snipping Tool to capture screenshots on Windows 10 and let us know what is your thought about it.

As there is no Print Screen (PrtScn) key available in Microsoft Surface tablet and using Snipping Tool to capture screenshots is really a very difficult task in touch screen devices, so you will have to use the combination of hardware buttons in this case.

In order to take a screenshot on Microsoft Surface tablet, you have to press the Windows Logo and Volume Down key together. 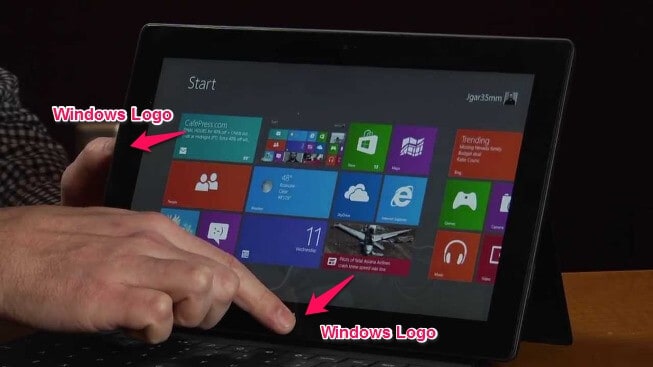 As quick you will press both keys together, you will see that your screen is going darker. This means that you have successfully captured screenshot on your Microsoft Surface Tablet. Now to view the screenshots you have captured, just go to Pictures library and then look for Screenshots folder.

We hope, know you know very well how to take a screenshot on a Microsoft Surface Tablet without using any screenshot capturing software.

Microsoft Snip Editor is another helpful screenshot capture tool which is similar to Snipping tool and can be used to take screenshot on Windows 10 computers in many different ways. With Snip editor, you can easily capture a screenshot, photo or whiteboard drawing, annotate it with voice and ink, and share it with friends, family, and colleagues. 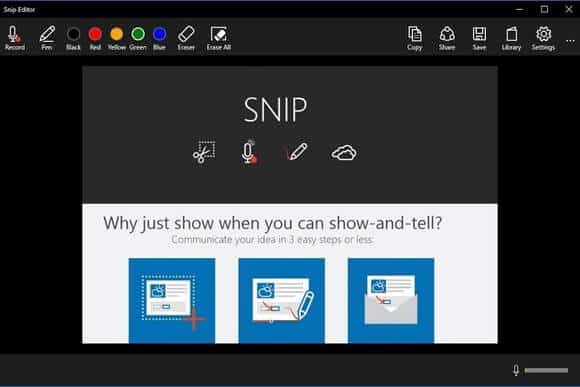 Simply, download Microsoft Snip Editor and install this application on your Windows 10 computer and with a single key stroke, you will be able to take the screenshot.

Even if you are a newbie, you will be able to take screenshots on Windows 10 computer by following these above-explained methods. These entire how to screenshot on Windows 10 methods are extremely easy to follow as all you have to do is press few keys or use just your mouse.

In your experience, what is the best way to take Windows 10 screenshot or print screen on a PC? Let us know using the comments section below. We always love to know your thoughts.

Do you know? How to Take a Screenshot on Microsoft Lumia 535