You are here: Home / How To / How to Block Someone on Gmail from Sending You Emails

Email is one of the most powerful tools in today’s world, but some people make it verse by sending continuous emails.

Are you subscribed to random companies or people and they are bombarding your Gmail account with unwanted emails and promotional emails?

If yes, you are not alone my friend. Most of us are in the same scenario and can’t have the time to unsubscribe them.

Spamming them is a really good idea but what to do if the spam folder is full up to the neck? Well, you can think about blocking them. Although blocking someone on Gmail is not that easy like blocking someone on WhatsApp but the process is really layman friendly.

How to Block Someone on Gmail from Sending You Emails

As we all know, sometimes it’s not good enough for us to just mark any mail as Spam because Google’s Gmail filters aren’t 100% effective all the time and occasionally lots of junk mails find its way to our inbox. In such a situation, permanently blocking emails from particular senders is the best approach.

In this tutorial, we’ll show you how to block someone on Gmail from sending you emails and how to unblock them as well. There are two different blocking procedures for Smartphone and Desktop users and we have highlighted both methods for your ease. Here we go:

How to Block Someone on Gmail (Smartphone Users):

If you access Gmail from your Android smartphones or iOS devices then follow these below explained steps: 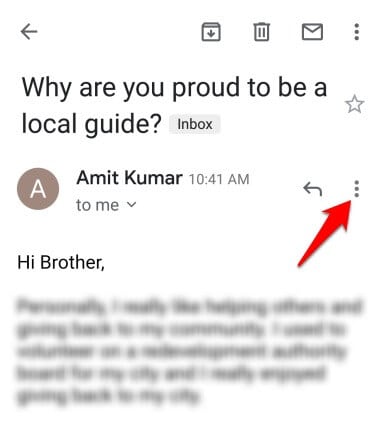 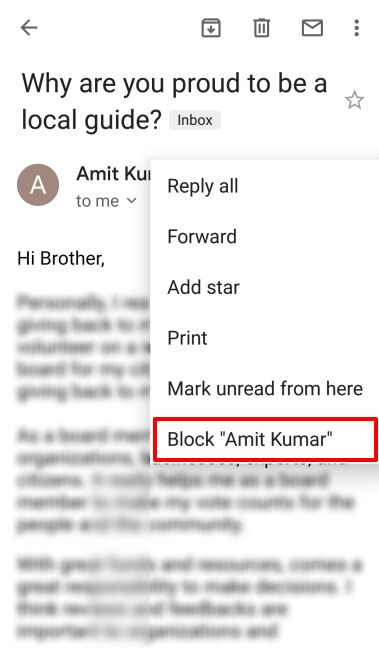 Once blocked the email sender, now take a sigh of relief. From now, you will not receive a single email from that particular account.

How to Block Someone on Gmail (Desktop Users):

The process is exactly similar to the mobile platform but the interface is different so follow these below-mentioned steps: 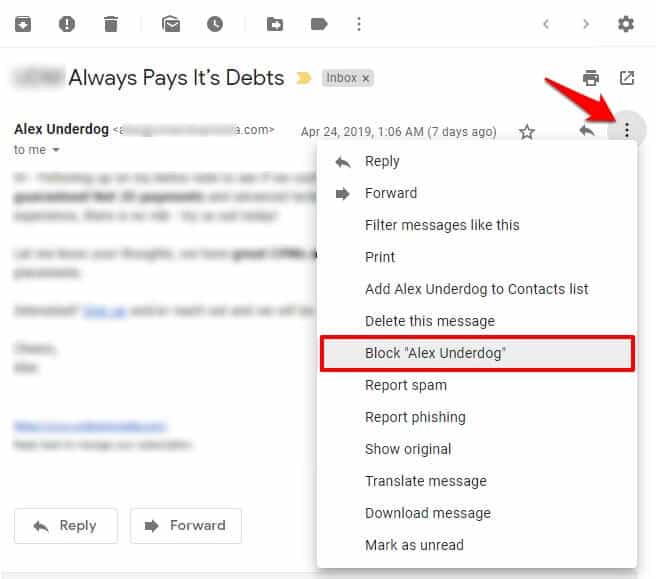 Congratulation! You have done the email blocking process in the right way. Now all the emails from the blocked senders won’t be shown in your inbox.

How to Block Someone on Gmail using a Gmail Extension

In case if you are looking for alternative ways to block emails on Gmail then using Gmail Extension is an appropriate choice for you. This different and convenient method is only suitable if you are using the Google Chrome browser.

Here’s how to block someone on Gmail from sending you emails using the Block Sender Google Chrome extension: 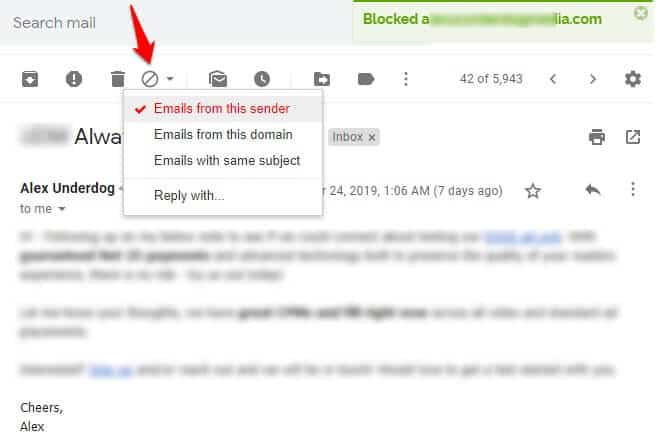 Once you blocked the contacts you want, a separate Gmail filter will be created and all future emails from those blocked contacts will be sent straight go into the trash.

In case, if you want to unblock this sender in the future then just click on the same option and it will be unblocked.

Must read: How to Block YouTube Channels or Remove Recommended Channels

How to Unblock Someone on Gmail

Blocking someone on Gmail, seems easy right? Let us share the steps of unblocking any sender in case you need to unblock someone.

What Happens When You Block Someone on Gmail? All the emails from blocked senders will be transferred to the Spam folder. If you have blocked multiple users, then make sure to clean the Spam Folder timely.

In order to unblock someone on Gmail, you need to follow these steps: 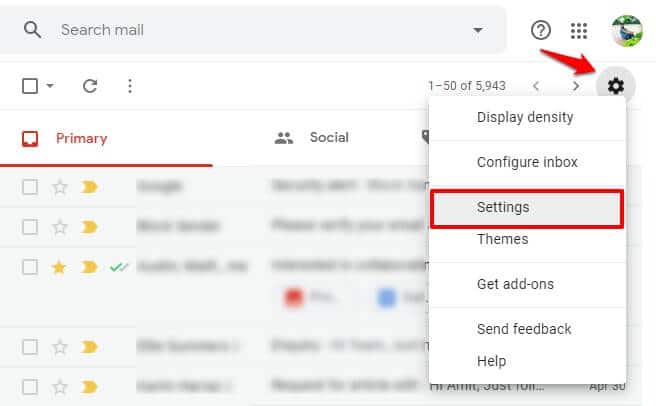 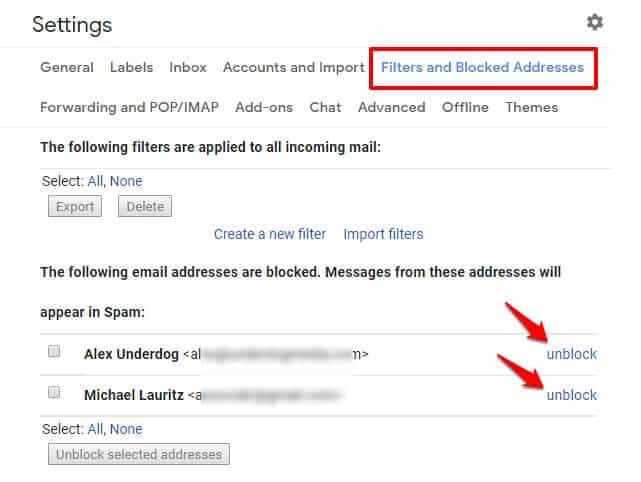 Once you unblocked the contacts you want, now you will be able to receive emails from them again.

Many emails these days are spreading hatred and threats so it’s better to show them the doors to blocking list. There is no limit of blocking the number of users and unblocking them again, you are set free to fill up the entire list.

If you have any questions or suggestion regarding how to block someone on Gmail from sending you emails then feel free to ask using the comment section below. We are here to help you in every way possible.