Li-Fi vs Wi-Fi comparison – Learn what is the difference between Li-Fi and Wi-Fi? Security concerns, drawbacks, and the technology behind Li-Fi and Wi-Fi 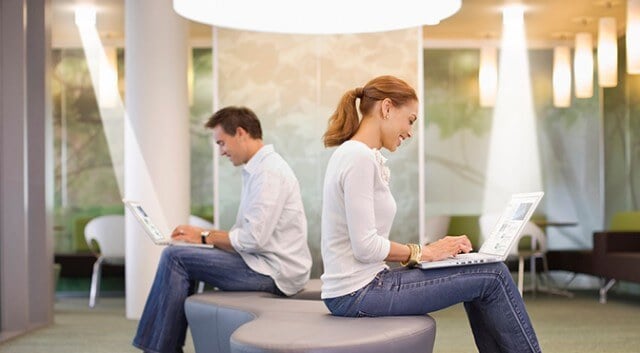 In order to compare these two wireless computer networking technologies, below is a detailed article on Li-Fi vs. Wi-Fi. Read the below-mentioned guide carefully in order to know in details about the basic difference between Li-Fi and Wi-Fi technology. You might also like:

What is Li-Fi and How Does it Work?

Before moving forward to the topic of Li-Fi vs. Wi-Fi, let us take a glance at what is Li-Fi technology. Li-Fi stands for Light Fidelity and it is basically a high- speed, bidirectional as well as completely- networked wireless communication technology which is somewhat similar to Wi-Fi in more than a single way. Being a bi-directional technology, Li-Fi is 100 times faster in comparison to Wi-Fi and it can reach speed of up to 224 gigabits per second. 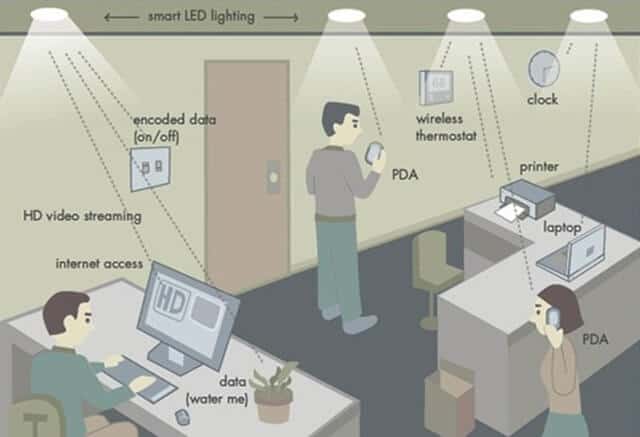 Li-Fi technology makes use of infra- red or visible light communication and it lays near ultraviolet waves instead of the regular radio- frequency waves. It is considered to be a subsidiary of the optical wireless communication technology which is capable of carrying comparatively more information as compared to the Wi-Fi technology.

One of the peculiar benefits of the Li-Fi technology is that it is a viable solution to the limitations of the RF- bandwidth, which is a power- packed solution which includes a standardization process which had made considerable advancements in the industry.

What is Wi-Fi and How Does it Work?

The Wi-Fi technology has been an integral part of our online communication networks since more than a decade now. For those people who are not yet aware of what Wi-Fi exactly is, it is a technology which supports local area wireless computer networking and enables all electronic devices to connect to the internet. 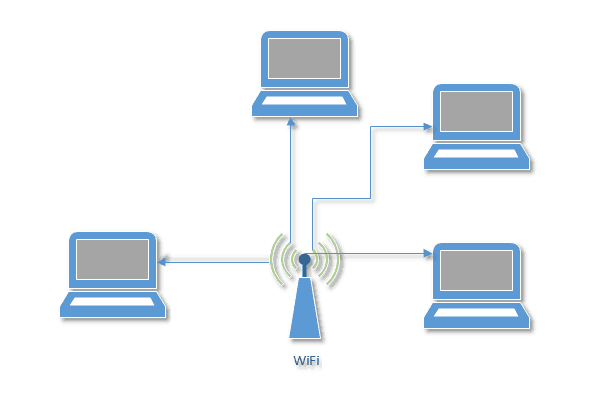 Wi-Fi usually makes use of 12 cm (2.4 GHz) UHF as well as 6 cm (5 GHz) SHF ISM radio bands. There are innumerable devices which use the Wi-Fi technology, such as video- game consoles, digital cameras, personal computers, digital audio players as well as tablet computers. Using the wireless network access point which is provided by Wi-Fi, all these electronic devices can connect to a network resource for the successful transmission of information. Such wireless network access points or hotspots generally have a range or coverage of 66 feet (20 meters) indoors as well as a comparatively stronger and greater range outdoors.

The size of hotspots can be variable from a single, small room with walls for the purpose of blocking radio waves to large areas covering multiple square kilometres, which is formed by overlapping multiple such access points or hotspots.

Technology Behind Li-Fi and Wi-Fi

What is the Technology behind Li-Fi?

Li-Fi technology makes use of the light received from light-emitting diodes (LEDs) to act as a medium which delivers high-speed communication across all mobile networks. This is quite similar to the working of Wi-Fi. With a compound growth rate of more than 82 percent during 2013 – 2018, the concept of visible-light communication works when the Led current is switched on and off at a very high speed. This happens too quickly for the human eye to notice as well as realize.

Even though Li-Fi LEDs have to be kept in the on state in order to transmit data, it can also be dimmed accordingly to below the range of human visibility, while the same time emitting plenty of light to carry data from one point to another.

The benefit of using Li-Fi technology is that its light waves cannot penetrate through walls and hence create comparatively stronger range which is more secure than Wi-Fi when it comes to protection from hacking threats. There is also no need for Direct Line of Sight for Li-Fi to transmit a signal. This is because the light which is reflected back from the walls is capable of achieving 70 Mbit/s.

What is the Technology behind Wi-Fi?

It is a known fact that n lies in the 2.4 GHz band while ac lies on the 5 GHz band. This makes 802.11ac comparatively less prone to interference and also many times faster than its predecessors. It can push a maximum of 450 megabits per second in a single stream although its speed in the real world is seen to be lower than this.

Security Concerns of Li-Fi and Wi-Fi

What are the Security Concerns of Li-Fi?

It is a proven fact that Li-Fi is more secure as compared to traditional Wi-Fi. This is because Wi-Fi routers are generally used by attackers to enter a network and strong firewalls are also unable to safeguard your network from these attackers. One of the common reasons behind this is that the range of Wi-Fi routers is an important factor which enables these security breaches into your Wi-Fi network.

On the other hand, Li-Fi uses light which limits the range of the internet connection and it cannot be increased at any cost. Thus, not letting the bulb be lightened or dimmed manually. This peculiar feature of Li-Fi will protect your network from interference from your neighbours.

What are the Security Concerns of Wi-Fi?

WEP or Wired Equivalent Privacy is the most common standard for wireless encryption and it is proven that it can be easily broken even when it is properly configured. Usually Wi-Fi access points are configured using an open/ encryption- free mode. This zero-configuration device which is out-of-the-box ready to use is beneficial for novice users but since it is the default mode, it offers zero wireless security.

In order to turn on the security, users are required to configure this device with the help of GUI (Graphical User Interface) software. A major security concern in unencrypted Wi-Fi networks is that it enables users to monitor and record personal information of all users who are using this network.

Such networks are required to be secured with the help of other protection methods, such as Hypertext Transfer Protocol over HTTPS (Transport Layer Security) and VPN. This security concern is overcome with the help of WPA2 if a strong passphrase is used to secure the network.

Drawbacks of Li-Fi and Wi-Fi

What are the Drawbacks of Li-Fi?

Now that we are accustomed to what is Li-Fi, let us take a look at some drawbacks of Li-Fi. One difference between Li-Fi and Wi-Fi is that it Li-Fi is more secure than Wi-Fi. You can only use the internet using Li-Fi when the light is coming out of the bulb. Hence, you have to be present there!! Moving away from the bulb will result in losing your internet connection.

One of the most common drawbacks of Li-Fi is that all electronic devices are to be configured with the bulb for them to get connected to the internet.

What are the Drawbacks of Wi-Fi?

The speed of data transmission is highly affected in a Wi-Fi network because the call-quality is always influenced by the surrounding. It is peculiarly sensitive to electromagnetic radiations emitted from household devices. Devices manufactured by different companies may often not be compatible with Wi-Fi which affects its communication speed.

It has limited action radius and is mostly only suitable for home-networking. At high- density operating points of Wi-Fi, different channels can interfere with each other; hence affecting the quality of service.

These are the basic differences between Li-Fi and Wi-Fi and using these wireless computer networking technologies, you can easily select the network that suits you the best and enjoy high-speed internet facility. Feel free to share your view with though comments about this Li-Fi vs Wi-Fi comparison guide.

In case, if you have applied all the tricks to make Windows 10 faster and improve its performance but now you have started experiencing slow internet speed then you must try out these simple methods to increase internet speed in Windows 10.