You are here: Home / Internet / What is Cross-Platform Development and What You Should Know About It?

Over the last 10 years, app development has become an essential part of businesses and organizations. There has been a continuous debate among IT professionals and the IT industry on the best approach to building them.

For example, if the apps should be hybrid or native and if the operating system should be android or iOS. It is evident that there are many different approaches to build an app. One of these approaches is cross-platform development.

What is Cross-Platform Development?

Cross-platform development refers to the development and usage of apps that can be used across different platforms including Android, iOS and Windows. It not only involves the development of mobile apps but also software and other services which can operate on more than one platforms. 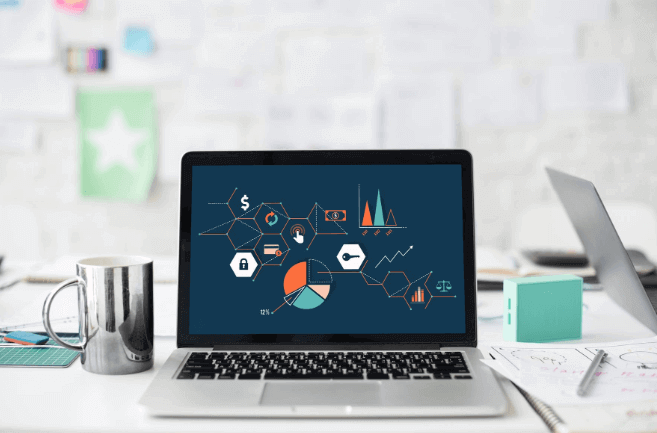 Just a few years back it was enough for applications and software to work on a single platform. However, in today’s digital world where a variety of mobile devices have been developed, people expect applications to work consistently across all of them.

Apps are required to run on any given device whether a desktop computer, laptop, tablet or mobile phone. Cross-platform development is the key to providing consistent or uniform access of applications and software to users on these different devices and platforms.

Cross-platform development itself has several different approaches such as:

There are several benefits and challenges associated with cross-platform development. Each of these is explained below.

✓ Less Cost: You will only need to invest once in tools and technologies, your development costs will be reduced and controlled.

✓ Less Development Time: Since you are only developing one app that will work across different platforms, your development time will be sufficiently reduced.

✓ Consistency: Cross-platform development allows you to have a consistent code and design and provide a better user experience overall.

✓ Better Performance and Security: Security is better ensured through cross-platform development as there is only one app to secure rather than two or more. AirG reviews that this also allows the app to have better credibility and hence better performance.

👉Different Design Specifications: Different platforms such as Android and iOS have different design specifications. Therefore, you will have to spend time and effort in developing a user interface that works well across all platforms.

👉 Transferring Difficulty: Similar to design, the code languages used on platforms is also different. If you are transferring an app from Android to iOS or vice versa, you will have to work out all code differences.

Must read: Important Facts About Android and iOS Platforms You Should Know

For developing your app, you can hire app development companies like app vertical. Your developer will be using a development tool to build the app. Below we have reviewed some of the topmost cross-platform development tools.

Adobe: Adobe offers PhoneGap Build and PhoneGap for cross-platform development. PhoneGap is based on Cordova. Cordova is an open source for device APIs allowing the developers to access specific native device functions on different platforms.

Developers can use a language of their choices such as CSS3, HTML5, or Java Web. These languages are already hosted in the app. Therefore, developers are using a single code to develop an app which can work on all platforms.

Appcelerator: Appcelerator offers a single JavaScript codebase for its apps. The environment offered by Appcelerator is open and extensive enabling to produce apps for multiple platforms.

It has an open source Software Development Kit (SDK) supporting more than 5000 devices and operating systems.

Xamarin: Xamarin allows developers to build native apps using a single code. The interface development tools are offered by Xamarin itself. Its features include the addition of components directly from an interface, backend integration, interfaces with sharing code facility, and native API access.

SAP: SAP has allied itself with Cordova. It allows the users to access hundreds of SAP Fiori apps and optimize them with Cordova.

Kony: Kony is a perfect tool for organizations which have to cater to a large population of varied devices. It is also great for apps that require integration with SAP and Oracle backends. Kony offers a Kony visualizer, Kony studio and Kony management.

iFactr: iFactr is one of the easiest cross-platform development tools. Developers can start making apps on IFactr after only a few days of training. App prototypes can be quickly created for collecting feedback.

Alpha: Alpha supports cross-platform apps for major mobile operating systems as well as for PCs and Macs. It uses JavaScript and HTML5. Apps developed on Alpha can also be used offline.

Cross-platform development can help you reach the largest number of audience with the least spend on resources. Obviously, they cannot substitute native apps and have their trade-offs. Deciding which approach to use will depend upon the scope of the project and intended use of the app.

Andrea Bell is a blogger by choice. She loves to discover the world around her. She likes to share her discoveries, experiences and express herself through her blogs.