Cricket is one of the most loved sports by people around the world. Almost every country is having its team which represents it on the international level when cricket matches take place. Now as there are different types of games available you can also play cricket games. There are a lot of best free cricket games for android which you can play on your mobile phones and tablets running on the android operating system and enjoy all the fun of cricket stadiums. 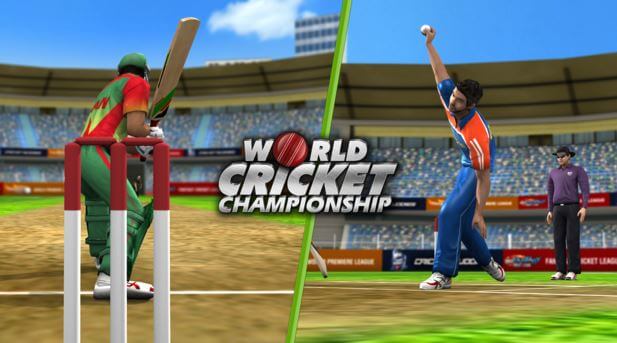 Cricket games are already available for computers and laptops, and now you can play cricket games on android devices too. As android is gaining a lot of popularity and cricket is one of the most loved sports, developers have started developing cricket games. Today in this post we are going to share the 8 best cricket games for android which you can play for free.

If you are a cricket game lover and want to take the gaming experience of cricket on your android devices, let’s have a look at the some of the best cricket game for android smartphones and tablets:

Most of the games which are launching these days on android platform come with 3D graphics. Cricket T20 Fever 3D comes with 3D graphics which bring complete realistic cricket stadium experience on android mobiles phones and tablets.

There are different types of tournaments in this game such as T20 matches, one-day international matches and power play matches. This cricket game for android mobile phones is available for free download in Google Play store.

T20 matches are the main attraction of this game where you can select your favorite team and win the tournament with it. The easy controls of the game will allow you to win all the matches easily in this best cricket game for android.

If you are not able to buy World Cricket Championship Pro you can try the lite version of this game. World cricket championship Lt can be downloaded for free. In order to download this cricket games for android, you can simply open Google Play store and download it. Though this is a free version of the game, you will still get all the basic features which you want in free cricket games for android.

Some of the tournaments which you will be able to play in this free cricket game for android are world premier league, world cricket championship, super fantasy cricket league, and many others.

The matches are of short duration as you can select from 5 or 10 over matches in this game. Beach cricket is one of the best cricket games for android free download which you can play on a beach under the direct sunlight.

Stick Cricket game for android free download is bit different as compared to other games which we have shared above. This game is unique in itself as it is easy to play but also hard for one to master. Prove yourself as the best cricketer of the world by winning all the matches and winning the world cup for your team.

Stick Cricket is one of the most addictive cricket games for android mobile which you will get in Google Play store.

With Beach Cricket game, you can play the cricket matches on a beach. However, with Street Cricket you will be able to play all the matches on the street just like you played in your childhood. If you want to relive your childhood days then street cricket is one of the best cricket games for android free download which you can play.

Simply hit the wall and you will be awarded 1 run. To score 2 runs, you need to hit harder and make sure that the ball touches the building. While playing Street Cricket game on your android device, you need to make sure that you don’t hit the glass windows.

Play with all the best players of Chennai Super Kings like Ravindra Jadeja, Dwyane Smith, Suresh Raina and MS Dhoni in this cricket game download for android mobile.

In case, if you love to play browser games online for free without downloading on your computer or smartphone then there are also plenty of browser based games available on the web which you can enjoy them anywhere and anytime just with a good internet connection. Here are top 10 best browser based games to play online and kill your boredom.