Have you ever experienced Connection problem or invalid MMI code error on your Android phone or tablet?

If “Yes” then it could be a really frustrating issue as you won’t be able to make or receive phone calls, send text messages and it will hamper your communication completely. Mostly, you will get this invalid MMI code error pop up whenever you try calling someone or checking the balance of your phone.

What is MMI code? Well, MMI code (Man-Machine-Interface code) is the code that we enter over the phone which contains * and hash # characters. Generally, we use these characters to check phone’s balance, or sometimes it’s just a prefix we enter before a phone number. 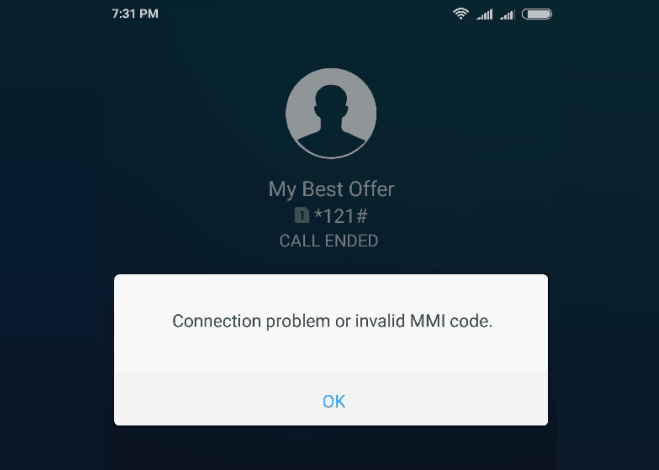 Connection problem or invalid MMI code error is a quite major problem which occurs due to a very weak or no mobile network connection. This problem notifies two basic things, either there has been an error is entering the MMI code or the attempt is being made through a phone which is having two active connections.

In order to resolve invalid MMI code issue, you have to follow few certain methods. In this tutorial, we are going to share five helpful Connection problem or invalid MMI code fix and solutions which will make everything normal like before.

How to Fix Connection Problem or Invalid MMI Code Error

Although, the Connection problem or invalid MMI code error mostly appears in the dual SIM smartphones but sometimes, it may also occur in the single SIM mobile phone too.

If the invalid MMI code problem is annoying you too much and you are unable to make calls or receive calls and text messages then we have got a few amazing solutions that should solve your Connection problem invalid MMI code issue. You can follow any method out of these five which we have listed below.

You shouldn’t underestimate the power of simple reboot whether it’s a smartphone or even a computer. And it should be your first step whenever you face any error on your devices.

Rebooting phone may sound very simple, but sometimes that’s all it takes. So just, turn off your phone and reboot again, see if that helps in getting rid of invalid MMI code issue.

Do you know? How to Fix Google Play Services Battery Drain Problem

If the simple reboot doesn’t help you then you can try rebooting your phone in Safe Mode as it is well known to resolve many issues which are experienced by the smartphone users.

Here’s how to reboot Android phone in Safe Mode:

Once your Android is in the safe mode, check and see if the problem still persists.

Before following any other troubleshooting methods, make sure that the Network Settings which you have done on your phone is correct.

To verify the same, you can follow the steps which we have mentioned below: 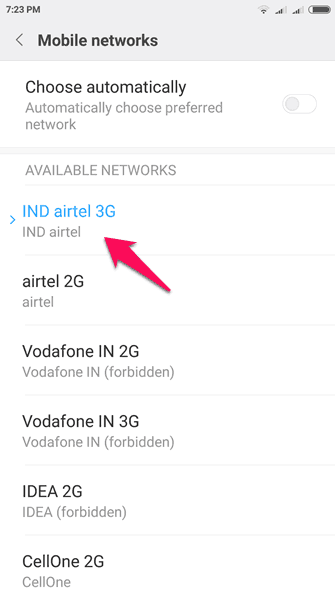 If you have selected your Network and still encountering Connection problem or invalid MMI code error then try connecting again, because normally it can take up to 3-4 attempts before it actually starts working perfectly

Adding a Comma sign (,) at the end of your MMI code or a Plus (+) sign after the (*) sign might also help you in resolving the invalid MMI code error on Android devices. Here’s how to do so:

If you are trying to dial any number with MMI code for something then you have to just insert a comma (,) at the end and it will work just fine. 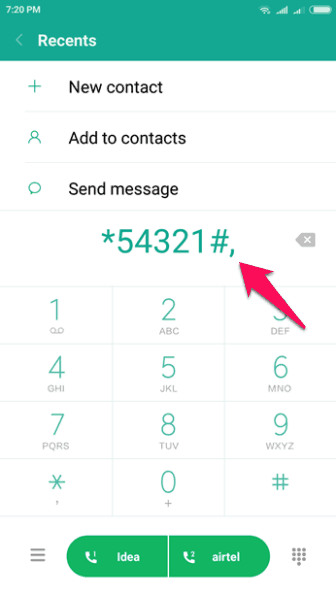 In order to insert comma sign, you have to just long press * button.

You can also try adding a plus (+) sign just after the (*) sign in your MMI code and it will do the perfect job. 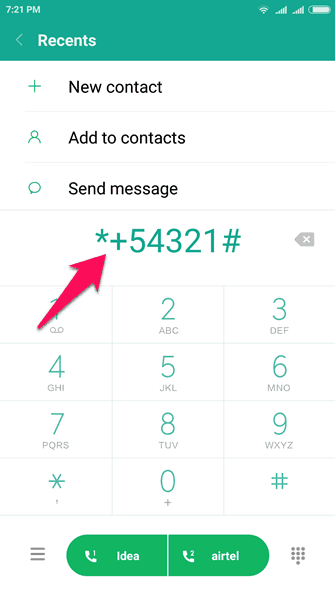 In order to add plus sign, you have to just long press 0 button.

Are you using dual SIM phone? If “Yes” then you can try making these two important changes:

First thing, you have to do is disable or remove one of the SIM cards and only use the SIM card which you are using primarily. Sometimes, it is quite possible that your Android phone is not using the right SIM card for sending the MMI code requests.

Second thing, you need to do is enable the Always Ask for calling feature. Go to your Android phone’s dual-SIM settings and find the voice call setting and then choose “Always Ask” option for the SIM card which you want to use. Now whenever you will try to dial the MMI code, you will be asked to select which SIM you want to use. And in this way, you will have the option to select the correct SIM card.

Sometimes, just removing SIM cards for a while and inserting it back also helps in solving Connection problem or invalid MMI code error on Android phones. So, you can try that too before making any major changes.

Must see: How to Fix “Unfortunately Google Play Services Has Stopped” Error

Method 6: Turn on SMS over IMS

Another effective way to fix Connection problem or invalid MMI code on Android phone is to enter into device information mode and activate Radio to Turn on IMS over SMS. Basically, it involves you using the Android secret code in order to enter the Android Testing Menu.

Important note: If you are not a tech geek or Android expert then don’t follow this particular method because any wrong move while following this method could destroy your Android device, or just cause you more headache to undo it. So, follow it at your own risk.

Follow the below-mentioned steps and learn how to Turn on SMS over IMS on Android to fix invalid MMI code problem: 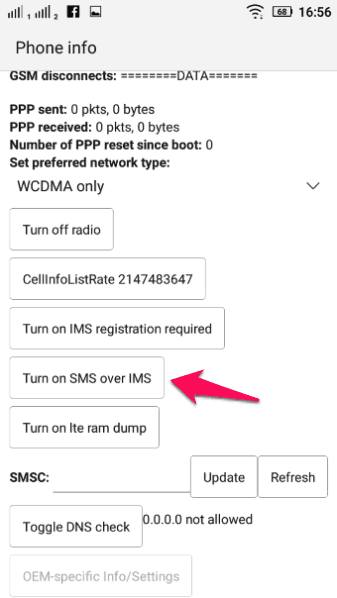 Now, reboot your phone and check if the error Connection problem or invalid MMI code has been resolved. That’s it.

So, these are the top 5 effective methods which will solve your “Connection problem or invalid MMI code” problem and will allow you to make or receive calls and text messages like you used to before.

We hope that now the invalid MMI code issue has resolved on your end. Do let us know using the comments section below – which method out of these five helped you out?

Also, feel free to share with us if you know any better solutions or quick way of how to fix Connection problem or invalid MMI code error on Samsung or any other Android devices.