“Does not come out of his room”, “Doesn’t even leaves his seat”, “all he wants is unlimited snacks and soft drinks”, “My mom’s always angry on me”, “Dude, I have like sore fingers and clawed palm from it”, wait ever heard of these conditions and symptoms?

It’s not a disease but just like the addiction that gets on you. It’s the world famous Sony’s PlayStation. PlayStations have taken our generations by hands and brains. They are like the coolest thing you can have and the most wanted gift that is over demanded. 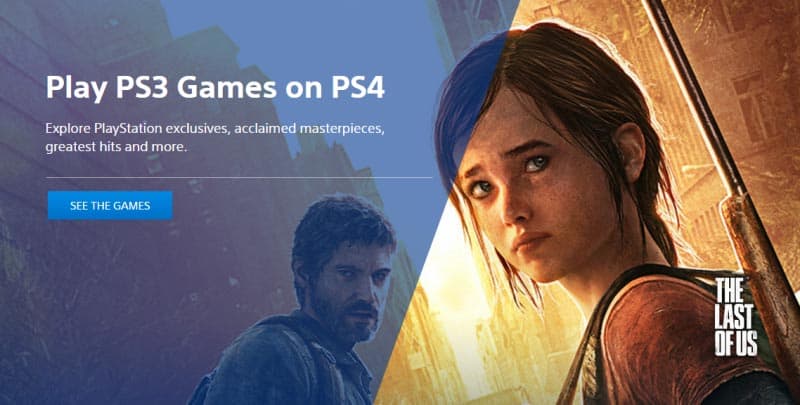 But as the time pass and you get the most advanced PlayStation PS4 (PlayStation 4), don’t you still miss all time super hit PS3 games? Well if yes, this article is going to answer all your queries such as Can you play PS3 games on PS4?, How to Play PS3 Games on PS4 and a lot more about PS4 backwards compatibility.

Can You Play PS3 Games on PS4?

The most wanted question of the PlayStation lovers is that “Does PS4 play PS3 games?” and its answer is somewhat yes. But don’t be so happy it sure does have some little complications. So basically now to play some of your PS3 games on your PS4 you need “PlayStation Now”.

Getting upset because your PS3 discs won’t fit into your PS4 is not worth it. And as PS3 and PS4 have different format and architecture system, it does not let your PlayStation 3 and PlayStation 4 get compatible to entertain you. Also, there is a very common complaint about PS4 backward compatibility. But the most awaited question, do PS3 games work on PS4 and if yes is the answer then how PS4 does that has a very simple solution for the game streaming service of PlayStation now.

Now the question comes what is this PlayStation Now actually and how it works? Basically, PlayStation Now is a game streaming service that works on a good actually good Wi-Fi connection and allows you to play PS3 games on PS4. And as per Wi-Fi is a consult, you need a fairly good speed like 5 Mbps and more for this solution to work. 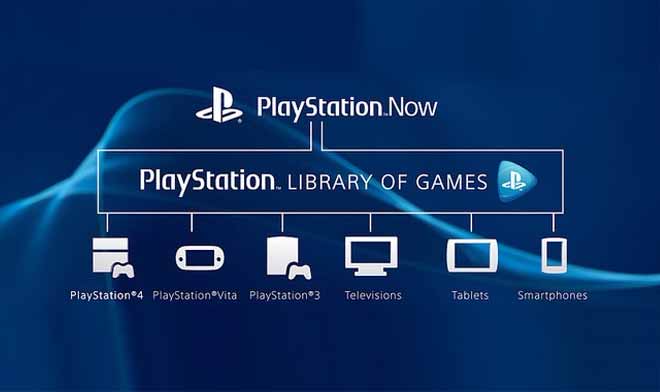 In simple words, PS Now (PlayStation Now) is the subscription service that lets you stream hundreds of PS3 games to your PS4. Or we can say that PlayStation Now is the Netflix of gaming, where you can play any kind of titles within the PlayStation Now library as long as you have fairly speedy Wi-Fi connection.

Some of the most popular PS3 games of all time which you can play on your PS4 using PlayStation Now are:

Can you play PS2 games on PS4? Yes, PlayStation Now provides you the option to play PS2 games on PS4 too. Also, there are some best PS2 games that can be played on your PS4 without installing any additional soft but by just downloading. Some of these games include the series of “The Grand Auto Theft” and series of “Star Wars”, along with games like “Dark Cloud”, “ Fanta Vision”, Parappa The Rapper”, “Rouge Galaxy” and much more.

How to Play PS3 Games on PS4

The answer is quite simple, PlayStation now is your only solution. This streaming service for PlayStation is totally based on Clouds and you don’t have to actually wait for any PS3 titles for installation and updates which count as the icing of PS3 games on PS4. 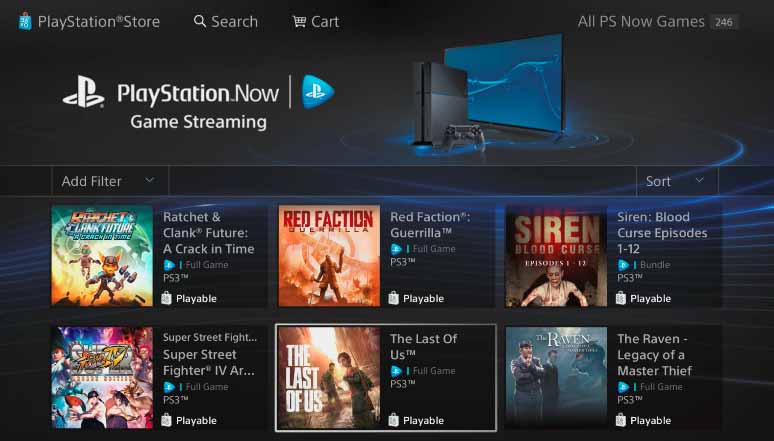 So basically you have to download PlayStation Now app from PlayStation network store and you can have it on your monthly subscription or you can rent it on basis of time period like 7 days, 15 days and 30 days. Now to test whether you are getting the appropriate internet speed of 5 Mbps or more and is your PS4 supporting all this Sony has a month’s free trial available when you download the app.

How Much is a PlayStation Now Subscription?

We would suggest you to firstly try out the PlayStation Now 7-Day Free trial subscription and then go for 1-month or 3-month subscription if you enjoyed the experience of playing some best PS3 games of all time. 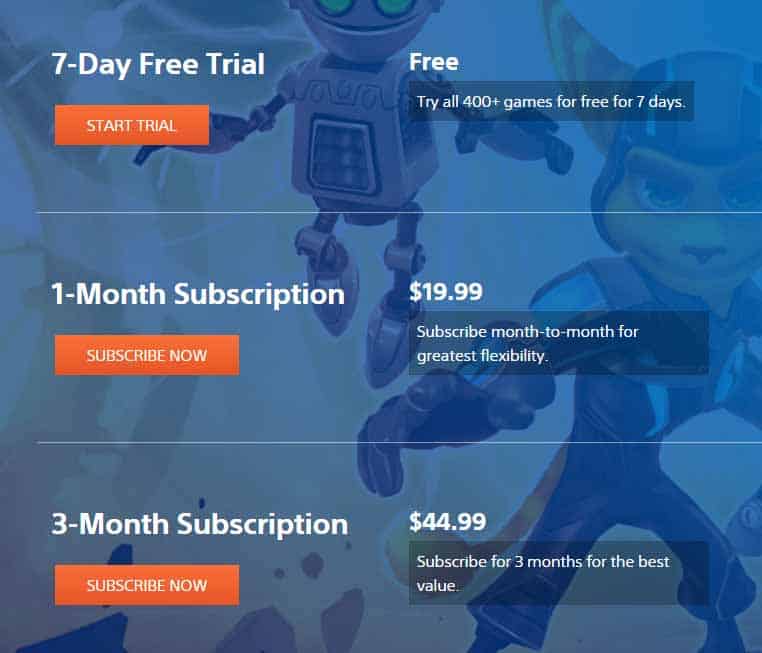 All these PlayStation Now subscription options provide you access to the following games and hundreds of more PS3 games:

If you want to check out the complete list of PlayStation Now games, simply visit the “Subscription” page on psnow.com and browse the full PlayStation now games list. 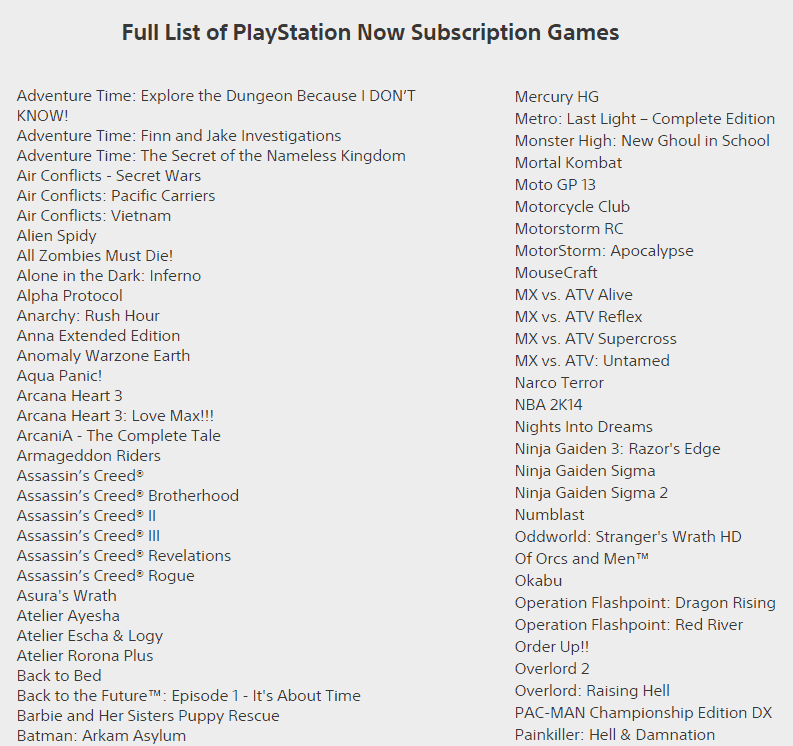 We hope now all your queries related to PlayStation Games “Can You Play PS3 Games on PS4?”, “Does PS4 play PS3 games”, and “How to play PS3 games on PS4” etc. is answered. Also now you can readily enjoy your entire favorite PS3 games list on your PS4.

All you have to do is download the latest PlayStation Now app and start with the 7-Day free trial subscription. And if the Wi-Fi speed and your PlayStation 4 is doing good, you can either opt for a monthly subscription or get a rented one for entertainment. The only thing to worry about here is the speed of your Wi-Fi on which PS4 will work and it has to be more than 5 Mbps and your mom as she is going to be angry when she finds you again on your PlayStation.

You may also be interested in checking out these Gaming guides: