Game Boy was launched way back in 1989 and was one of the most preferable gaming consoles (handheld game consoles) which were available in the 90’s. Who would have known that a small gadget could hold hundreds of games and would be that small that we could carry it with us at all times?

The handheld game console is no more available as it is out of production and if you were planning to play some of the best GBA games then you are out of luck as Game Boy Advance (GBA) is no more on sale. 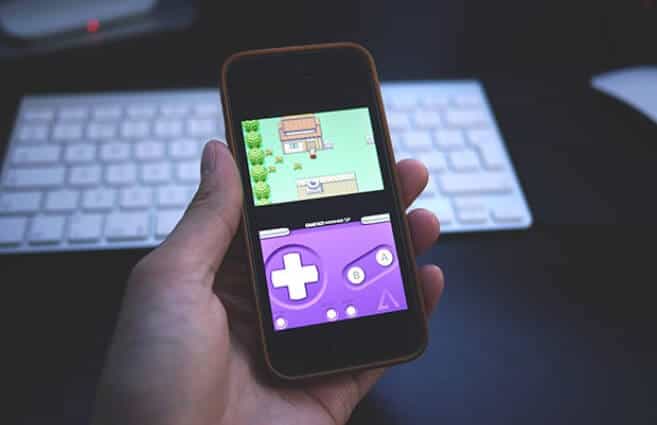 If you were born in the late 1990’s or 2000 then you might be wondering what is GBA game? How to play GBA games on iPhone, Android or on PC?

What are the GBA Games?

Although, Nintendo has discontinued the game boy advance gaming console almost a decade ago. But there are plenty of virtual devices these days which have the capability to handle Game Boy Advance games.

Now without any further delay, let’s check out the list of best game boy advance games you’ve never heard of. Try out these best GBA games you never played before and enjoy some classic game boy advance video games time. Let’s dive in.

Boktai: The Sun is Your Hand

Boktai: The Sun is Your Hand game is based in a period near the end of the world, called the Age of Darkness. The game comes with a built-in clock along with solar sensor which can be used to charge the weapons which are available in the game.

If you want to play GBA games which are fun and interesting then Boktai is the game for you.

Mario Golf: Advance Tour (also known as Mario Golf: GBA Tour) is one of the best GBA games of all time. This is also a role-playing video game (based on sports) developed by Camelot Software and published by Nintendo for the Game Boy Advance.

The game features an overworld map, where the Golf player can walk around and interact with different golf courses and objects.

In case you love to play Golf but are not interested in the lazy theme which you get to see in all the Golf games which are out there then Mario Golf: Advance Tour is the game for you. This game boy advance game comes with cool graphics and the most loved Mario character.

Kirby and the Amazing Mirror

If you want to have some action on your Game Boy Advance gaming console and are ready to fight then you have to play Kirby and the Amazing Mirror.

This action platformer video game revolves around a Mirror world that exists in the skies of Dream Land. Kirby and the Amazing Mirror is also one of the best action packed games which you could ever play on Game Boy Advance for free.

Car Battler Joe is a really popular car battling video game for the Game Boy Advance, it was developed by the Ancient and published by Natsume. If you love playing car racing games then is one is quite appropriate for you. In this GBA game, you have to use cars to fight opponents in action-styled battles, with role-playing video game mechanics.

Help Joe in his Car racing with Car Battler Joe. The game is themed in a village which is into ruins and all the car battlers like Joe are making their living by taking part in deadly competitions.

Joe’s father is missing as if you believe the rumors it is said that he is involved with some of the ruthless racing gangs which are out there. You have to help Joe with getting his father back and to make that possible you have to face multiple challenges.

Wario Land 4 is compatible with all the Wii U and 3DS gaming consoles. In this game boy advance video game, Wario has to gather total four treasures in order to unlock a pyramid and then save princess Shokora from the Golden Diva.

The game is a throwback to the golden age of side platforms. You get to play with your favorite Mario character in Wario Land 4. Meet new characters, battle with them and defeat them in order to accomplish all the challenges which you are given in Wario Land 4.

Advance Wars 2: Black Hole Rising (also known as Game Boy Wars Advance 2) was one of the best GBA games of all time. The game was well-appreciated all across the world and even it won the European Computer Trade Show’s Best Handheld Game of the Year award in 2003.

It is themed on Japanese history and will make you remind of the Famicom Wars. This action-packed game is a successor to its predecessor and has many new levels and improvements which one can enjoy. You are going to see more powers, more characters, more battles and more arenas in Advance Wars 2.

Tactics Ogre: The Knight of Lodis

Tactics Orge has brought many Game Boy Advance games and The Knight of Lodis is one such tactical role-playing game. This GBA game features party-based tactical combat on an isometric playing field.

If you love playing role-playing games then you need to give a try to Tactics Ogre: The Knight of Lodis as this is one of the best high-level strategy games which you could ever play on Game Boy Advance.

Another Mario themed title makes in our GBA games list. Become a doctor and treat all your patients with Dr. Mario and Puzzle League. If you love playing puzzle games then this addictive puzzle action game will attract you very quickly at the very first sight.

In Dr. Mario and Puzzle League, the puzzle mode includes tons of fun modes such as Marathon, Garbage, Line, and Flash etc.

The next and one of the best GBA games you never played before is Harvest Moon: Friends of Mineral Town. This is another role-playing game for game boy advance but you won’t find any fights or plot in this one. You are going to experience both charm and challenge in this game.

In this game, you will have to be a farmer whose only goal is to make a decent profit from the farm he runs by producing various crops and raising livestock. Harvest Moon was one of the most played games when GameBoy Advance was considered as one of the best gaming consoles.

Drill Dozer is another well-known action platformer video game for the Game Boy Advance system, designed by one of the best GBA game developers known as Game Freak.

In this game, Jill and her powerful Drill Dozer will have to retrieve the stolen Red Diamond from the fiendish clutches of the Skulker gang.

You are going to see a huge collection of Monsters in this game. There are different stages in this game which will keep the gamer-focused and will make sure that the Drills are dozed to the core.

Don’t get fooled by reading the title of this GBA game as these are not two separate games but a single one. In this GameBoy advance game the Golden Sun: The Lost Age, players supervise a cast of characters as they travel through a fantasy-themed world where they interact with various other characters, battle dangerous monsters, acquire some very powerful magic spells and equipment, and do lots of other interesting things.

This game comes with a complete story and you will get to experience some magical and psychic powers which you wouldn’t have ever seen in any other game before. You are going to have the taste of the classic role-playing video game with the Golden Sun: The Lost Age.

Final Fantasy VI Advance is the next renowned game which makes to our list of best GBA games you’ve never heard of. This game is set in a fantasy world with a technology level equivalent and the game’s story focuses on a powerful group of rebels as they attempt to defeat an imperial dictatorship.

This game has changed the way people look at RPG games. You are simply going to love the characters and story which you get in this game. Final Fantasy VI was one of the role-playing game boy advance video games in the 90’s.

Last but not the least is Mega Man Zero (also known as Rockman Zero). This popular GBA game was launched few years after Mega Man X game series and you are going to relive some of the stories and plots of Mega Man X in Mega Man Zero as well.

Big side-scrolling levels, bosses hidden behind the retracting doors are some of the game features which you are going to see in Mega Man Zero. To make this game more interesting, Pokemon like creatures called Cyber-elves are also added in this game which come are capable of enhancing the abilities of Mega Man Zero.

So there are some of the most popular and well-received (GBA) Game Boy Advance video games that you should try playing with the help of GBA emulators if you want to have a glimpse of the gaming adventures of 90’s.

We hope you found the above-mentioned list of top 13 best GBA games you never played before useful for you. If you haven’t played any game which we have mentioned in our list above then what are you waiting for? Go and download it right now on your GBA games supported devices.

Are you still having the old Game Boy Advance gaming console with you? If yes, which GBA games are you playing on it? According to you, which are the best GBA games of all time? Let us know using the comments section below.