One of the best and most widely used operating systems by hackers is Linux. Android is also a Linux based operating system as the Kernel present in android devices which are based on Linux. As android is based on Linux, there are a lot of android hacking apps which you can use on your android phone or tablets to unblock specific restricted features which have been blocked by the mobile manufacturer company.

Although, using mobile hacking apps for android will not help you in accessing all the restricted features but still it will allow you to get some amazing options which are actually not possible for any normal mobile users. 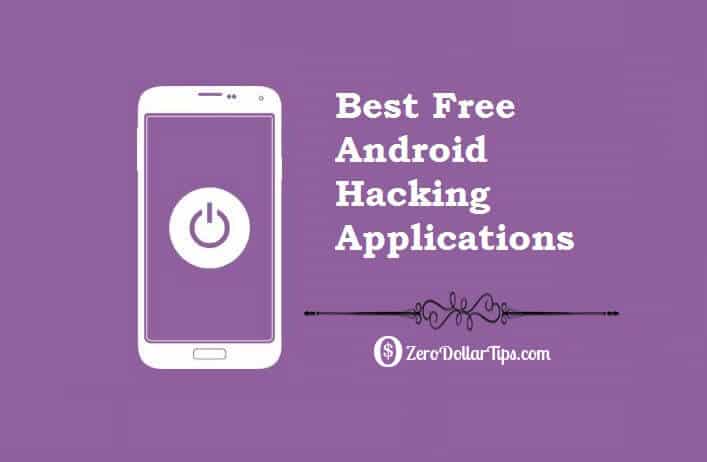 So, if you are really looking for some best hacking apps for android free download, you can have a look at the below list of best android hacking apps which will convert your android device into a portable hacking workstation.

If you are a gadget geek and want to access some administration-level tasks on android devices then installing below explained free android hacking apps on your android phone or tablet really worth for you. But please make sure you are not using them to harm anybody.

So, now let’s check out the list of top 10 best android hacking apps of 2017. Here are some of the best hacking apps for android devices:

Androrat (The name Androrat is a mix of Android and Remote Access Tool) is a remote administration tool for Android which helps you to control other devices remotely. The app works as a remote administration workstation for all the android devices. With this application, you will be able to remotely control any system without any need of physical hardware.

Social media accounts are one of the most widely hacked accounts by hackers. DroidSheep will help you in hacking the Facebook account of a user who has logged into Facebook via their Android device. This app uses session hijacking in order to retrieve details of the social account of the individual.

Eviloperator is another mobile hacking app for android which you can use to hack the mobile calls which other people are making. The caller can’t suspect that the calls are being hacked and both the caller and the listener will think as if they are talking to each other only. You can not only listen to the conversations but also record them and save them on your android smartphone.

Hackode is an easy to use application for penetration tester, ethical hackers, IT administrator and Cyber security professional to perform various tasks like reconnaissance, scanning performing exploits etc. Using this android hacking application, you can inject different exploits. Some of the tools which you will find in this app are mentioned below:

SpoofApp is one of the best android hacking apps which allows you to use a fake Caller ID. Using this android hacking app, you will be able to spoof the calls and no one will be able to discover the real identity of the caller. The app is available for free however you need to purchase Spoofcards which will help you in spoofing the calls. You can also change your voice while making calls as the app also comes with voice changer feature.

These are some of the best mobile hacking apps for android which you can use without any difficulty. All these hacking apps for android free download can be done by visiting Google Play store. These all Android applications are tested by professionals and are only suitable for testing purposes. Please, we suggest you not to use them to harm anyone.

Feel free to share your view with us through comments – which types of android hacking apps you have used before? Or, which are your most favorite hacking apps for android devices?